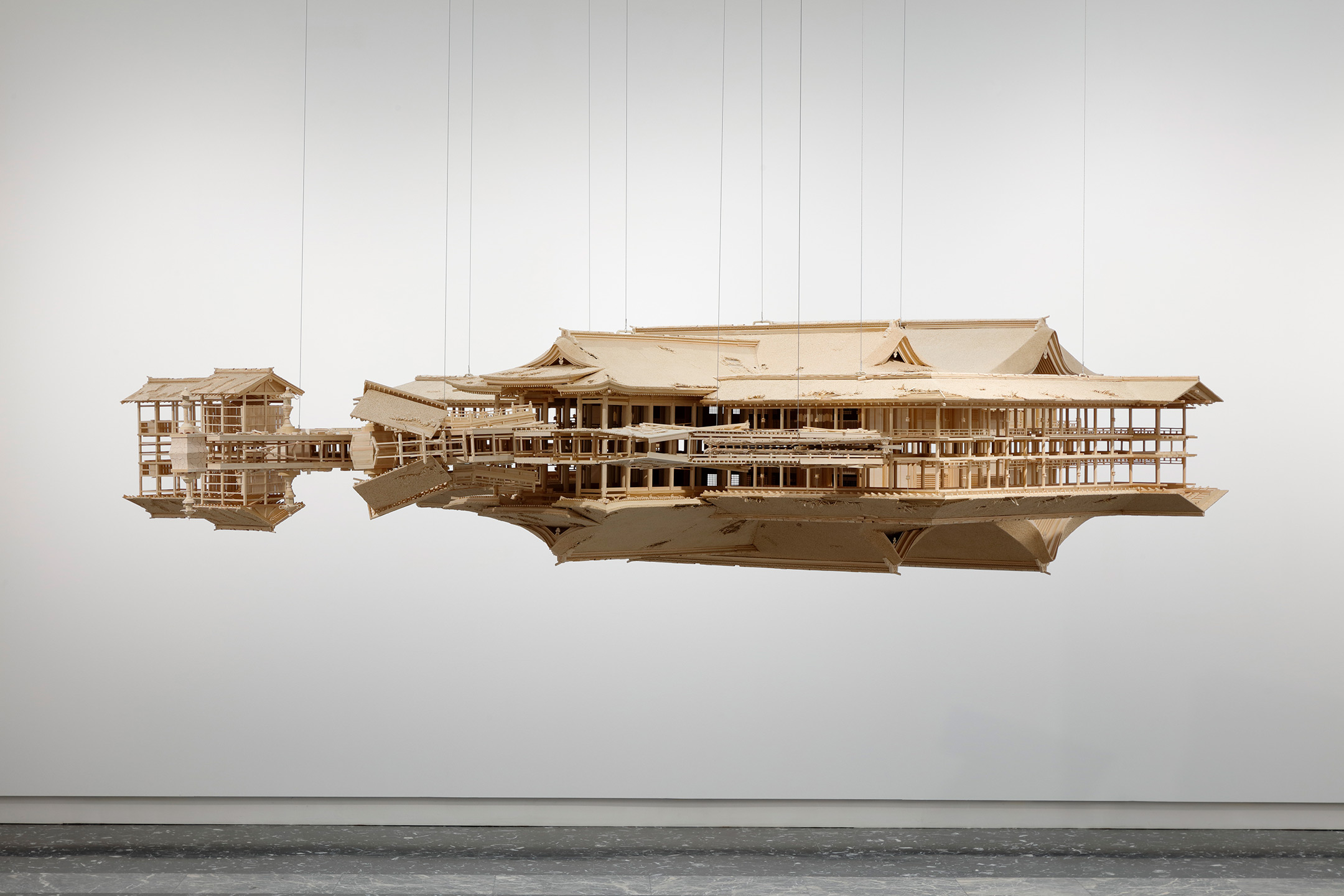 Takahiro Iwasaki presented and installation consisting of seven three-dimensional works created using everyday familiar objects including towels, books, and plastic rubbish. Characteristic of Iwaski’s works is his fine handiwork and sense of humor, such as creating miniscule steel towers from the threads pulled out of towels.

The towels piled up on the floor in the center of the exhibition room are made to look like the ridgeline of a natural mountain range through means of “figurative representation,” and by showing a different landscape to viewers who climbed the stairs from the piloti into the opening in the floor, the artist had attempted to challenge unitary ways of looking. For his works Iwasaki had selected motifs of both old and new buildings in the coastal regions of Japan, such as Itsukushima Shrine built above the sea, chemical plants that stand along the coast of the Seto Inland Sea, as well as offshore oilrigs.

From issues of nuclear energy and the development of resources, to chemical plants that despite supporting the high growth of postwar economy had been a serious cause for pollution, the exhibition shed light on the various challenges and situations confronted by Japan’s rural regions.

The somewhat peculiar exhibition title is in reference to the city of Venice being built on an infinite number of stakes driven into the lagoon. Curator Meruro Washida mentioned how the title “reflects an intention for the works to be viewed not only from above but also from below, encouraging viewers to perceive Japan not only from the shore but also from the sea.”