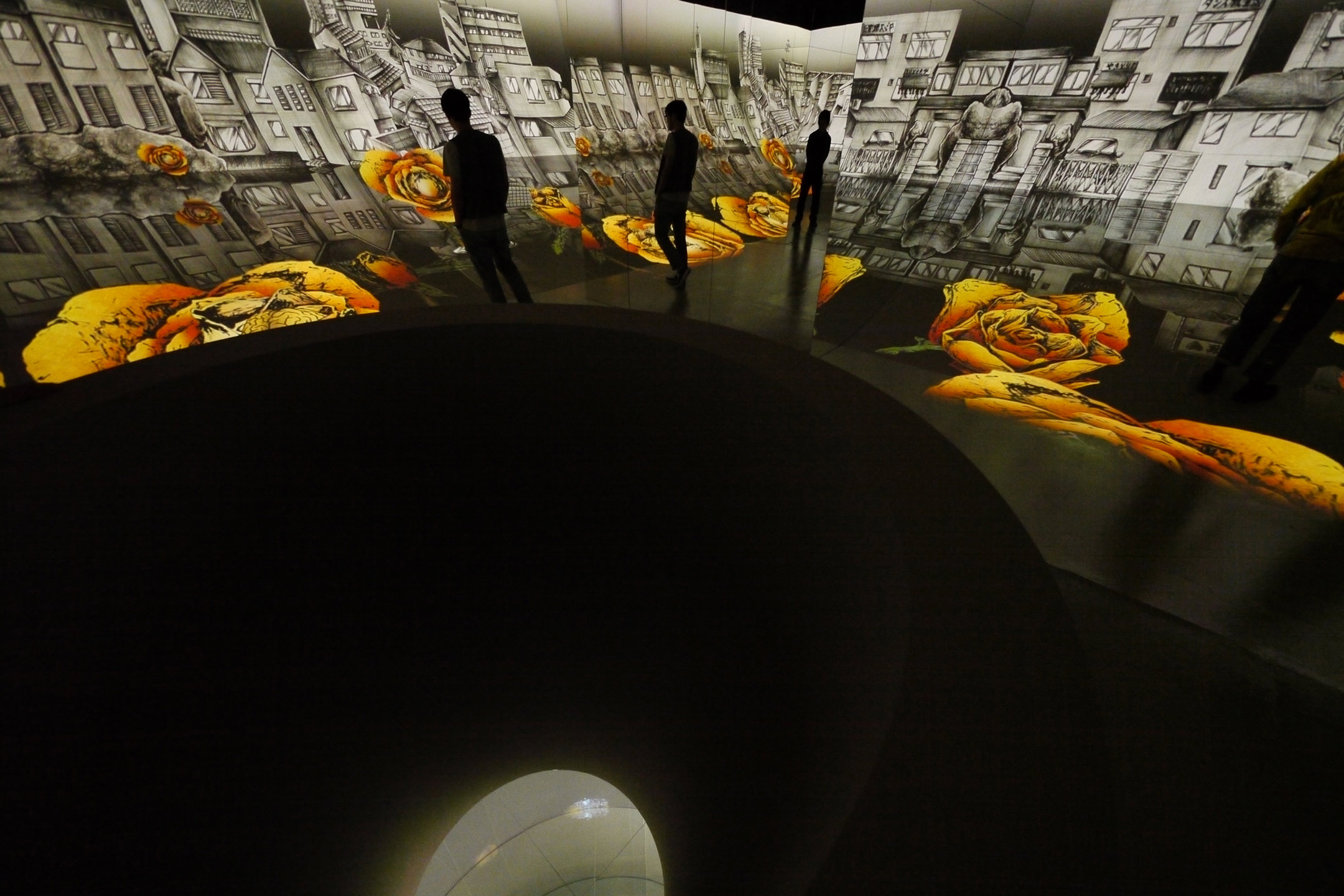 Tabaimo, who had received high international acclaim for her video installation presented at the Italian Pavilion (currently the Central Pavilion) at the Venice Biennale four years prior in 2007, exhibited a spectacular new work titled, "teleco-soup" as a representative artist of the Japan Pavilion.

Although being inspired by the proverb, “A frog in a well cannot conceive the ocean,” Tabaimo conversely raised the question, “Is the world of the frog living in a well really so small?” While creating a space where a succession of hand-drawn animated images proliferate infinitely, evoking the unimaginable breadth of the world, viewers look down through the aperture reminiscent of a well in the center of the pavilion’s floor to observe the depth/height of sky that extends below.

The realms of water and sky become “teleco” (reversed, or inverted), enabling the world to expand forth from the bottom of the well while destabilizing relations between interior and exterior. The installation optimally utilized the unique structure of the Japan Pavilion, in which the exhibition room and piloti are connected through an opening in the floor.

The exhibition, which was highly popular and received many visitors, was also honored by a visit from her former majesty Queen Paola of Belgium.