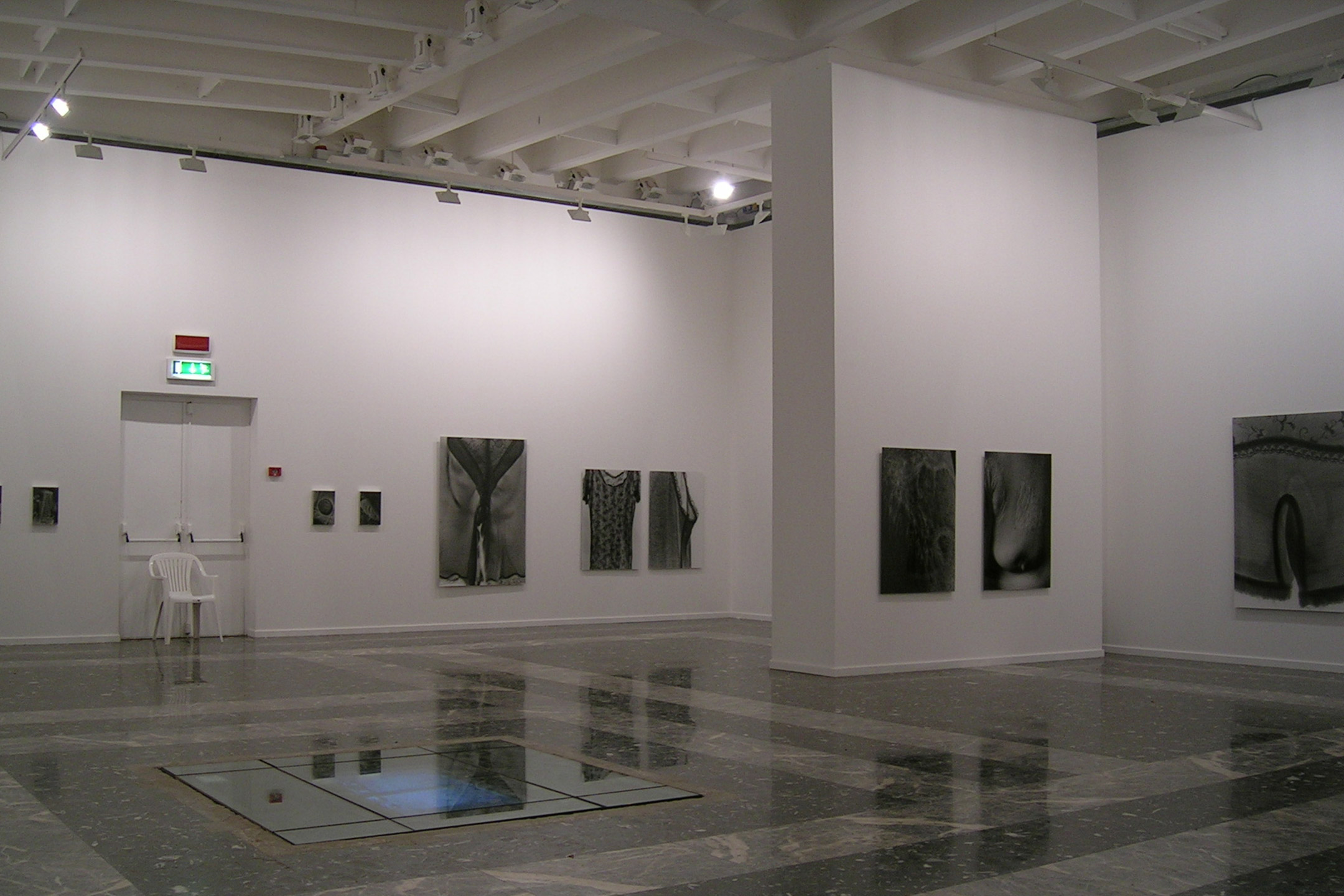 With the concept of “Engraving the memories of the past into the future,” photographer Miyako Ishiuchi exhibited the series “mother’s,” which presents a portrait of the artist’s own mother who lived through turbulent times during and after the war, by photographing the clothes she had worn as well as the remnants of her various personal effects. The work captures the dramatic transformation in women’s attitudes taking place today through focusing on the life of her mother who had strived to live her own life as an independent human being.

In terms of the exhibition layout, the marble floor of the Japan Pavilion, which had been covered in carpet since 1986, was restored to its original state for the first time in 20 years.

This served to reveal the two-meter by two-meter square opening leading to the piloti in the center of the exhibition room, which is a characteristic feature of the Japan Pavilion. Ishiuchi adopted a unique exhibition method in which she used the space in the opening to install a monitor, inviting visitors to view the work by looking down into the floor. Centering on this “hole”, the exhibition consisted of 38 photographic works and a video work projected onto an entire wall. In this manner, both the works and the space came together in embodying a concept in which past and future intersect.