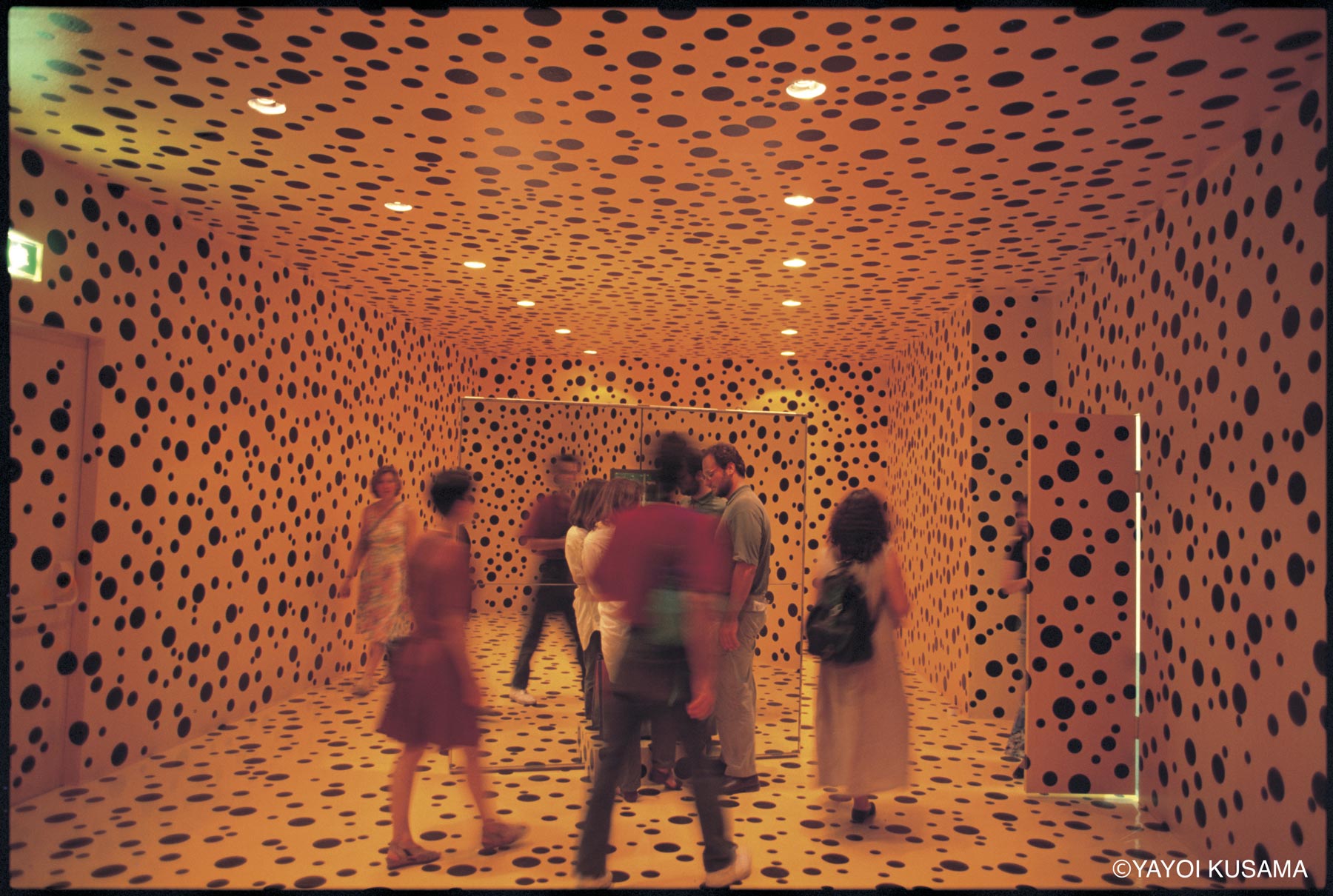 Yayoi Kusama, who had staged a guerilla performance of laying 1500 mirror balls on the ground at the 1966 Venice Biennale, made a triumphant return to Venice for the first time in 27 years for Japan’s national representation at the Biennale.

Kusama, who had engaged in radical and cutting-edge activities in New York in the 1960s, was an internationally renowned artist from the time, yet had been subject to various misunderstandings and prejudices due to the peculiarities of her work, which was characterized by her obsessionalism and stereotypic repetition.

The exhibition at the Japan Pavilion, which Comissioner Akira Tatehata described as, “having taken the approach of introducing Kusama's high achievements within the course of postwar modernist art, without being overwhelmed by her mythical image as an artist,” supported in encouraging the reevaluation of Kusama’s work and practice on the international stage.

Like a miniature retrospective of sorts, the exhibition was packed with everything from early her net paintings and soft sculptures to recent and new works. The centerpiece of the show was the installation work "Mirror Room (Pumpkin)" (1991). A space with yellow background filled with black polka dots was created in a corner of the venue, and a 2-meter square mirrored cube was installed in the center of it. Inside, the pumpkins seemed to proliferate indefinitely, giving the audience a peculiar feeling of blending together and becoming one with the mirror room space.