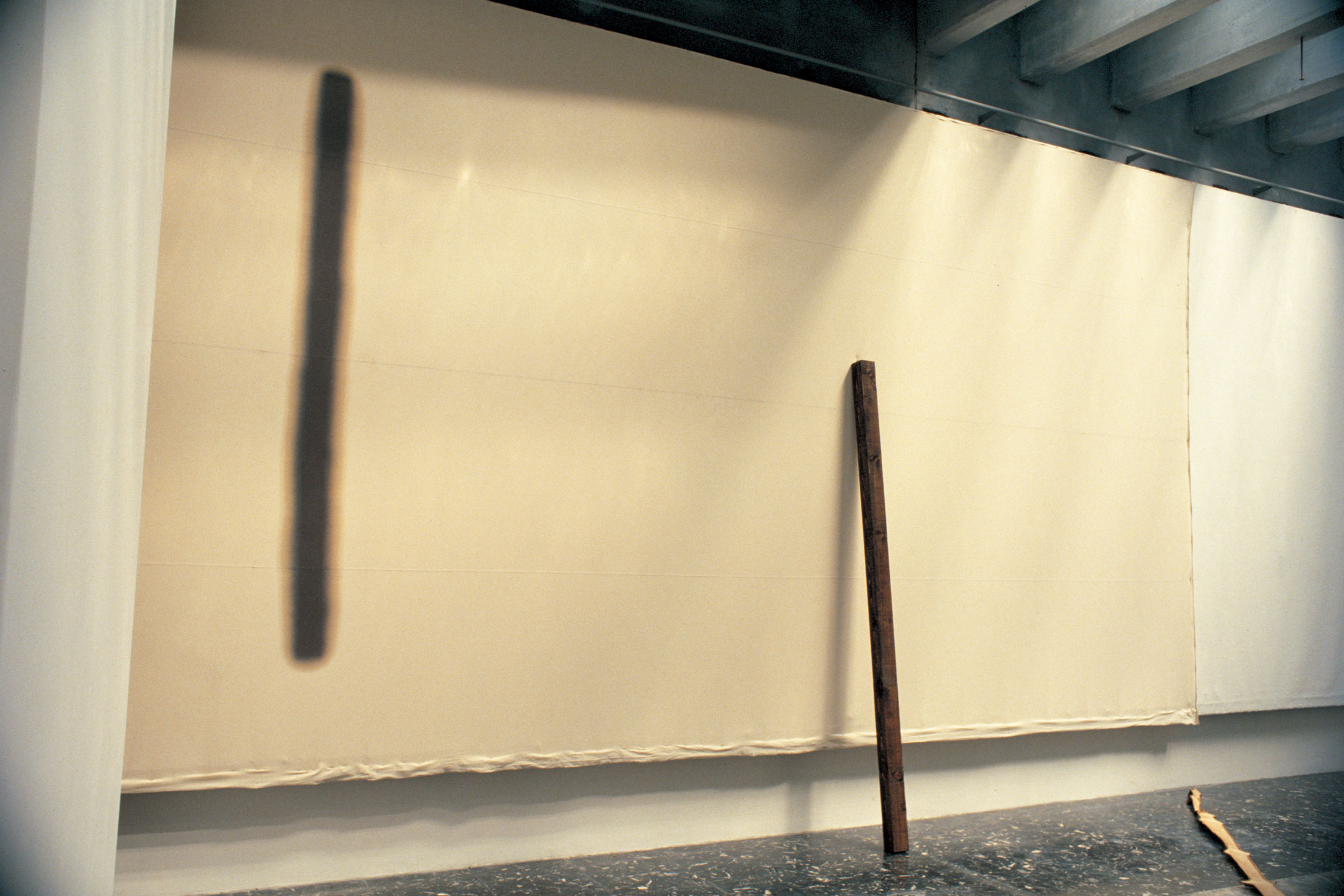 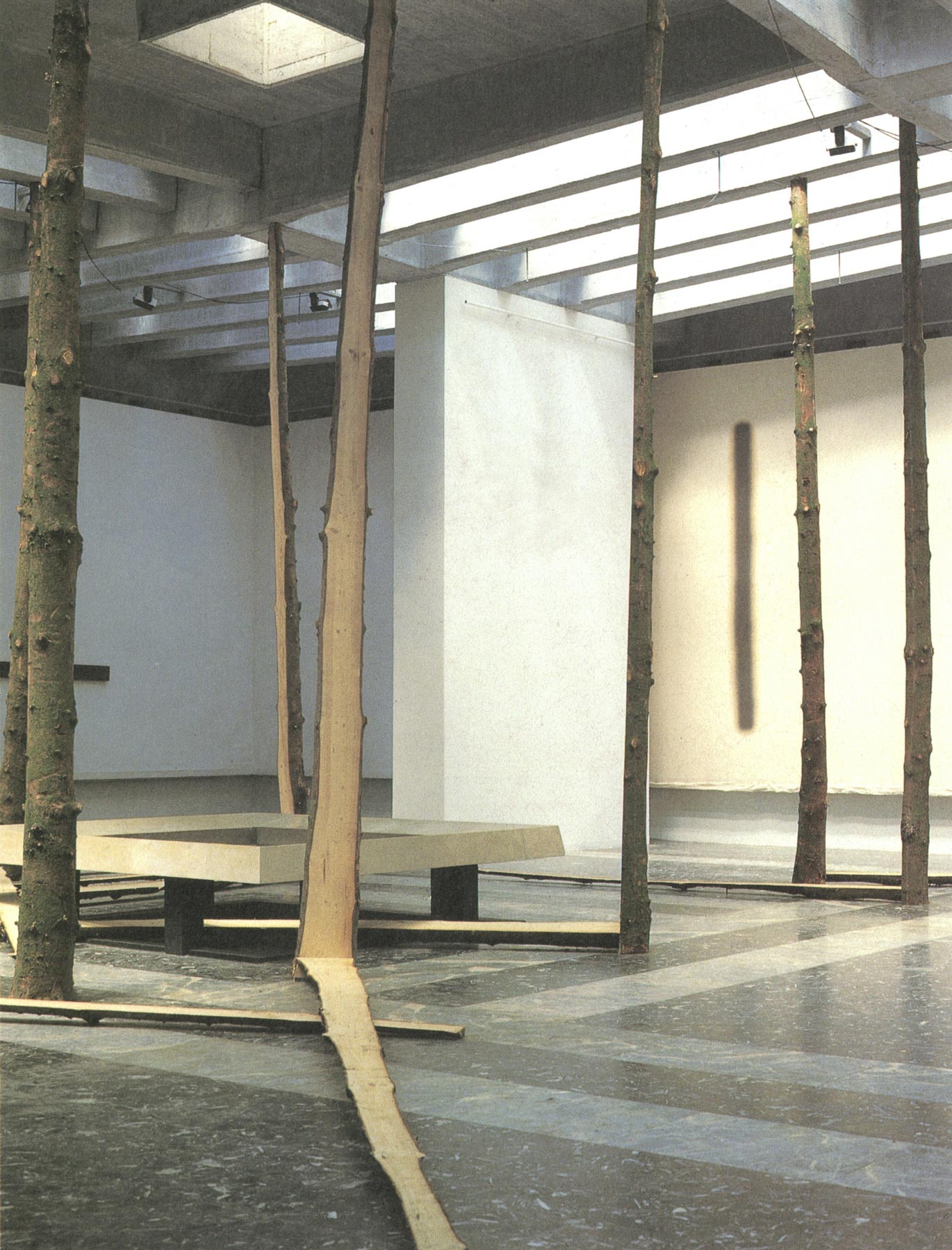 Artists Koji Enokura and Kishio Suga, both leading artists of the “Mono-ha”, were selected in line with the Biennale’s general theme: “From Nature to Art, From Art to Nature.” Commissioner Yusuke Nakahara believed that nature had served as a significant element in the structure of these two artists’ works, and in the catalogue for the exhibition wrote, “they regard art and nature not as conflicting entities, but as that which permeates one another. To put it simply, their work is an attempt to elucidate the relationship between human beings and physical reality, or what matter means to humans.” On the other hand, their works also show a sense of contrast, with Enokura’s work conveying the relationship between humans and nature within structures, while Suga’s work presents situations and circumstances that are brought about through the gravity of things.

Enokura brought a wooden board soaked with waste oil into contact with a white cotton cloth, and presented the traces of liquid having permeated into an object as his work. The flat picture plane that appears as if the shape of the object has percolated it is juxtaposed with the actual wooden board on which the oil was applied. In doing so, Enokura had attempted to deviate from “painting” while visualizing the relationship between human actions and nature.

Suga presented the installation "An Aspect as a Whole" consisting of a combination of materials he had locally procured onsite, such as unbarked trees and cut up pieces of timber. The pieces of wood were cut, connected, placed, and erected to express the points of contact and relationships between "things" and "things," and "things" and "place." Suga also presented performances in front of the Japan Pavilion during the exhibition period.