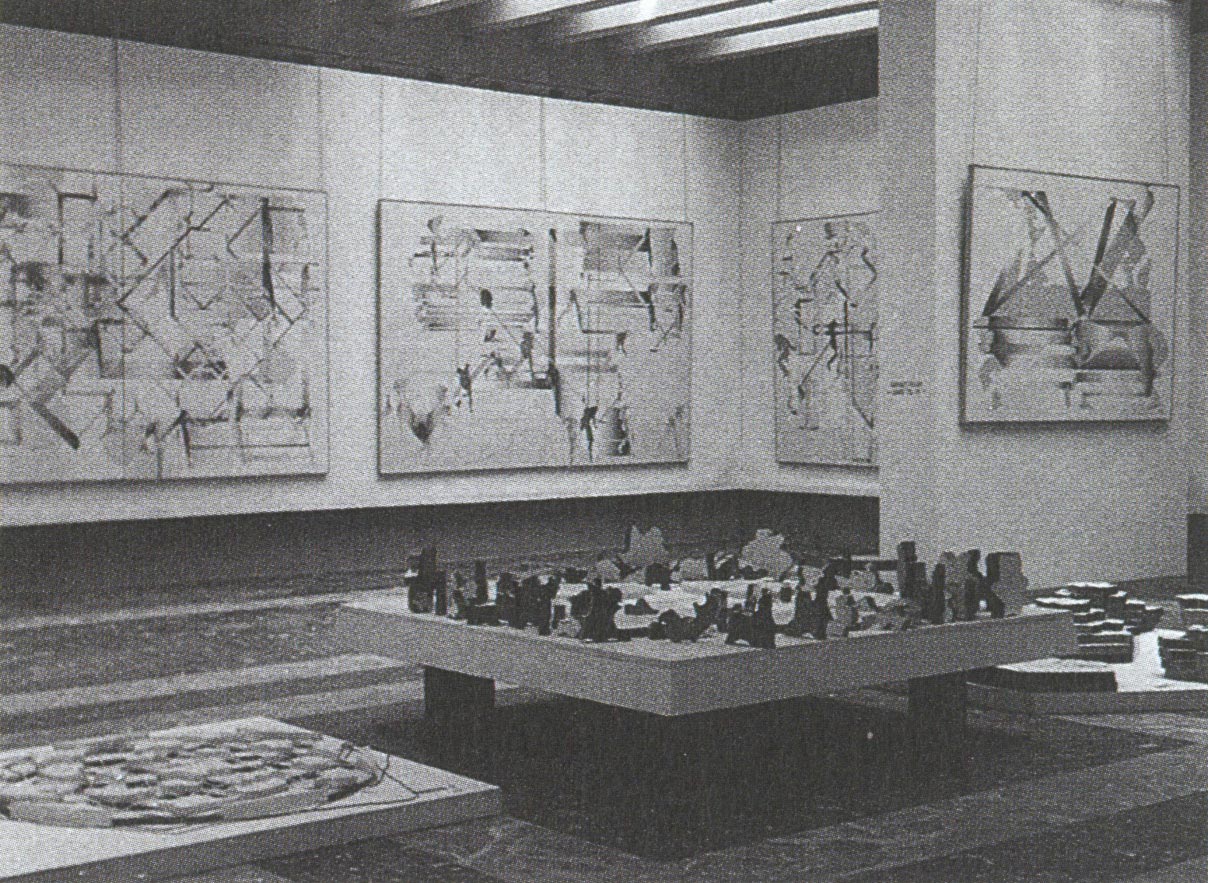 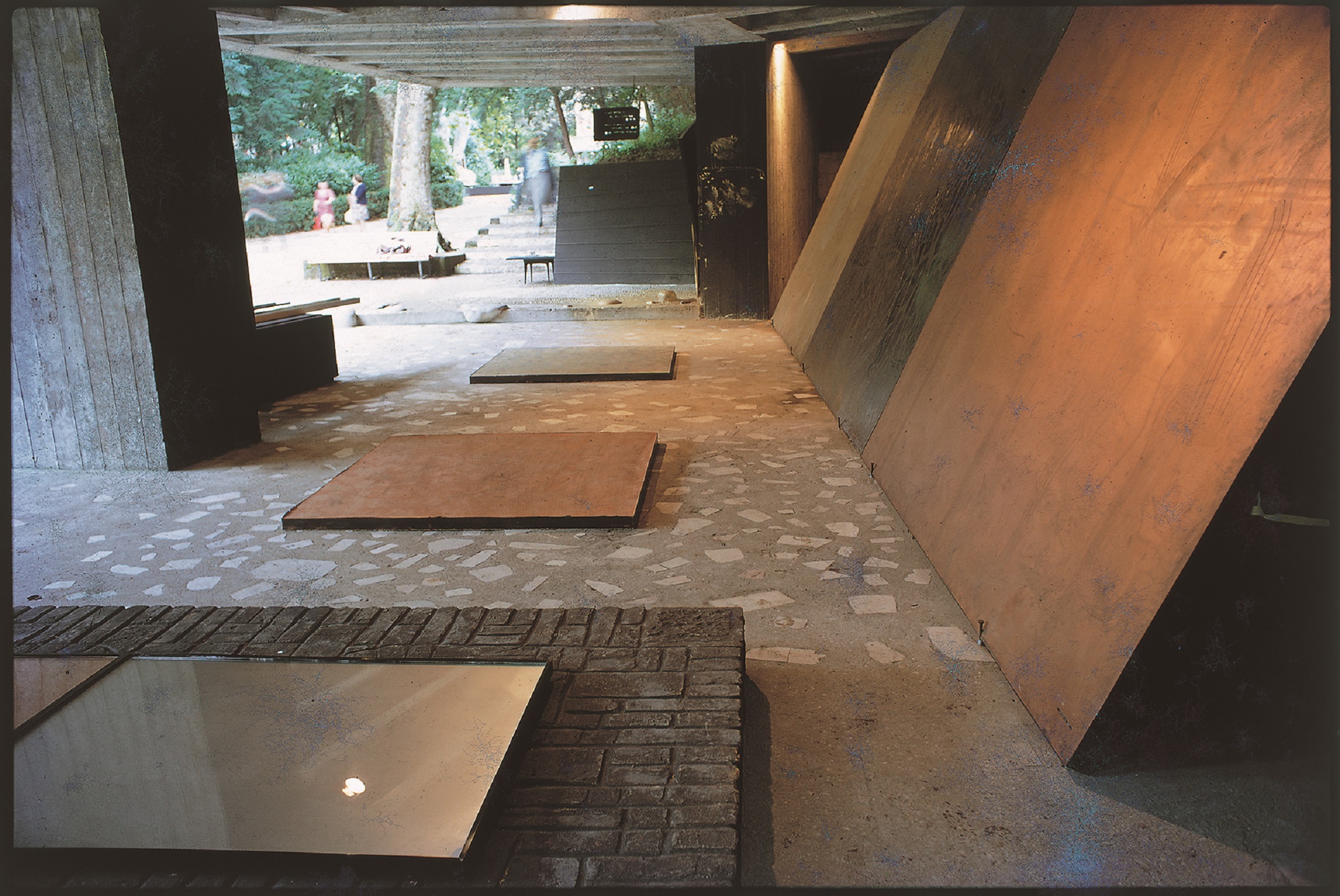 It was decided that the same person would serve as the Commissioner of the Japan Pavilion twice in a row, thus Yoshiaki Tono was appointed once more following the previous Biennale. For the exhibiting artists, Tono selected Keiji Usami and Shintaro Tanaka who were both born in 1940 (aged 32 at the time). It can be said that artists from a younger generation were selected on this occasion in comparison to those who had participated in the Biennales thus far. Paintings by Usami were presented in the gallery space inside the Japan Pavilion, while Tanaka's installation was exhibited in the piloti area beneath.

Usami installed panels on which he presented works from the mid-1960s such as "Dissolution-Body" (1964) with its entire picture plane covered with abstract motifs, the “Ghost Plan” series featuring humanoid figures which he continued to depict throughout his life, and the “Laser: Beam: Joint” series made using laser beams. Like Shusaku Arakawa who had participated in the previous Biennale, Usami took the approach of a solo exhibition format as a means to present an overview of his developments in painting, for which he received significant acclaim.

Based on the concept of "the construction of space", Tanaka created a minimal installation using the piloti area located beneath the gallery of the Japan Pavilon, filling the space with geometric shape works with metal powder stuffed between acrylic plates, each measuring 1.5 to 3 meters square.

In his comprehensive review of the Biennale, which was in a process of reform in the wake of the award system being abolished since its previous installment, art critic Ichiro Haryu had left a dry comment: “Everyone felt that the authority of the world’s great stage had already been lost.” (Mizue magazine, 1972 August issue)