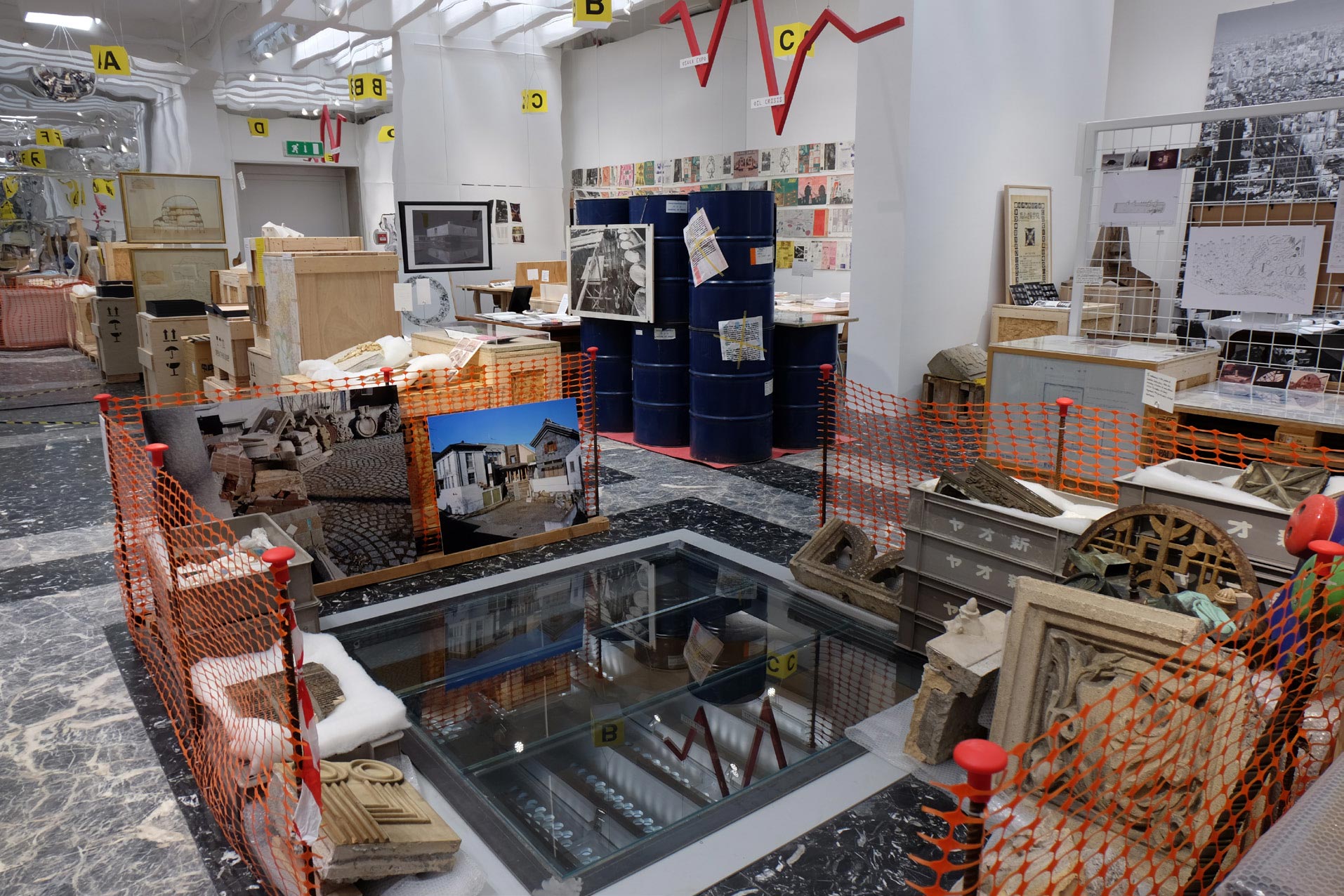 Rem Koolhaas, who served as Director of the 14th International Architectural Exhibition, requested the National Pavilions to each research and raise issues on the theme of "Absorbing Modernity" in the context of the past 100 years. The Japan Pavilion team envisioned the pavilion as “A Storehouse of Contemporary Architecture,” likening the building’s architectural structure with its elevated exhibition space equipped with pilotis beneath to a traditional takayuka-style (raised floor) building, and within it presented a wide variety of materials that illustrated the relationship between modernization and architecture. Discussions and film screenings were held in the piloti space, thereby creating a visual connection between past and present through the opening in the center of the exhibition room.

The team regarded the 100-year history of Japanese architecture as “a process of permeation and conflict with modernizing society”, and organized the exhibition centering on the decade of the 1970s, when society as a whole was forced to change direction due to the oil crisis and environmental issues.

In addition to plans and models, a diverse array of documents and materials conveying the state of architecture and society were presented in the exhibition room, from notebooks, letters, furniture, pieces of demolished buildings, photographs and paintings, to magazines that supported the architectural world. The distribution of blueprint drawings of buildings carefully selected from the past 100 years was also a popular feature of the exhibition. In this way, the Japan Pavilion succeeded in presenting a large-scale critical overview of modern and contemporary Japanese architectural history at the Biennale, which indeed could not have been realized in Japan.