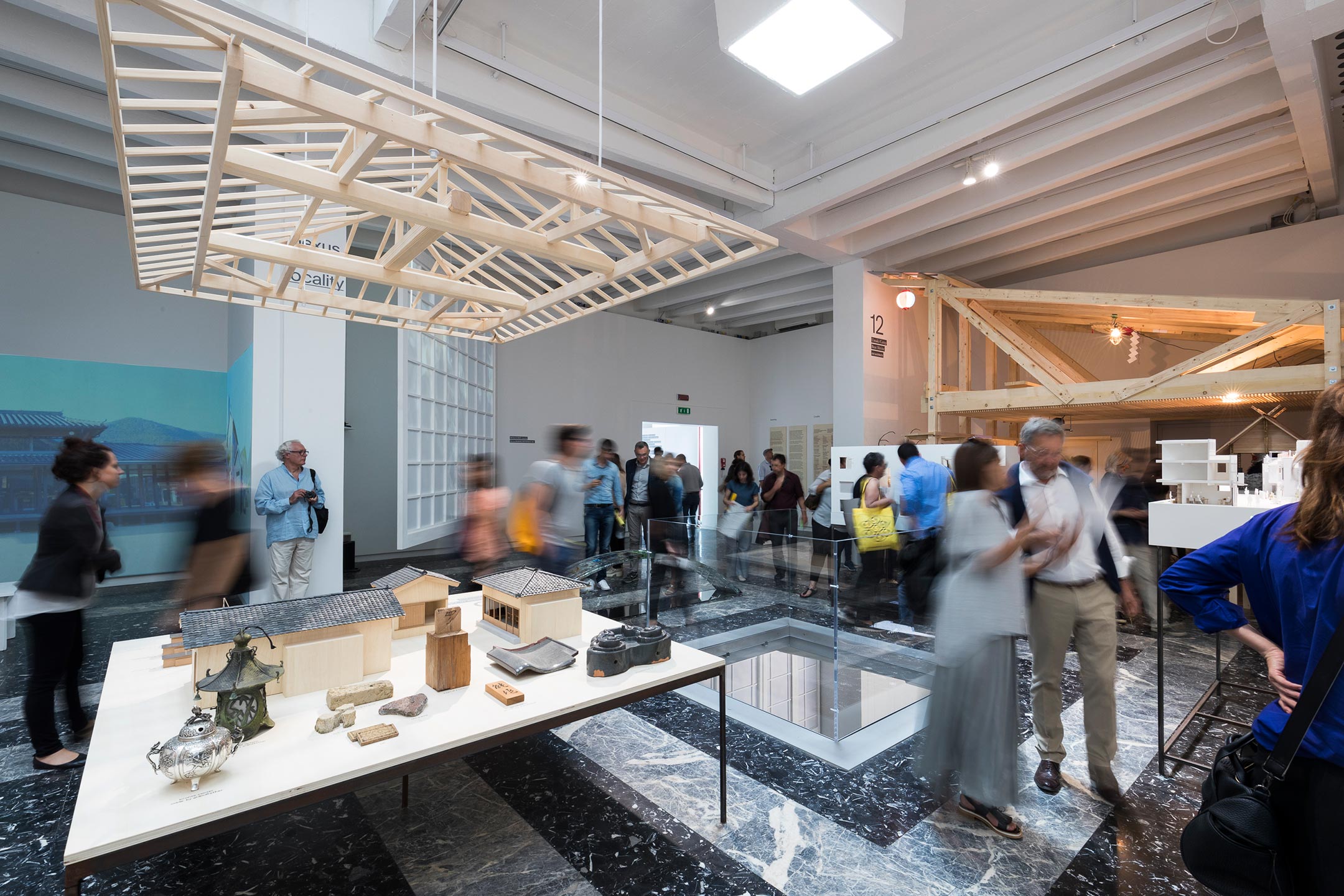 Architectural historian Yoshiyuki Yamana, who was appointed as curator of the exhibition, focused on how Japanese society had found itself on the verge of a huge turning point in the aftermath of the Great East Japan Earthquake, enabling "a new community based on the sharing of values and lifestyles” to emerge. The exhibition thus placed emphasis on the theme of en (connections, relation, ties, chance, edge, fringe, rim), and introduced the works of 12 individuals and groups of young architects through three intertwined and convergent sections titled, “The en of People”, “The en of Things”, and “The en of Locality”. The exhibition received a Special Mention for its highly practical approach consisting of models, photographs and videos.

Exhibited works in “The en of People” section included a 1:10 scale model of the share house "LT Josai" designed by Naruse Inokuma Architects, and a 1:5 scale model of Osamu Nishida+Erika Nakagawa’s "Yokohama Apartments", a four-unit apartment building with a semi public courtyard which serves as a multifunctional place for exhibitions, work, and socializing.

In these large models, furniture and the belongings of the residents were reproduced in detail.

In “The en of Things” section, Nousaku Architects presented a model of "Guest House in Takaoka", which was a renovation of an existing two-family house, as well as items such as roof tiles that had been used before the renovation. With a wooden frame representing the relocated roof also hung from the ceiling, the contents of the exhibit represented the time and relationship between things, architecture, and residents.

In “The en of Locality” section, a model of "Umaki Camp" designed by dot architects and constructed in collaboration with the residents of Shodoshima was exhibited. In order to convey the atmosphere of the Umaki district, a model of Miido Shrine cherished by the community, local agricultural products and specialties, and interview videos of people were also exhibited.