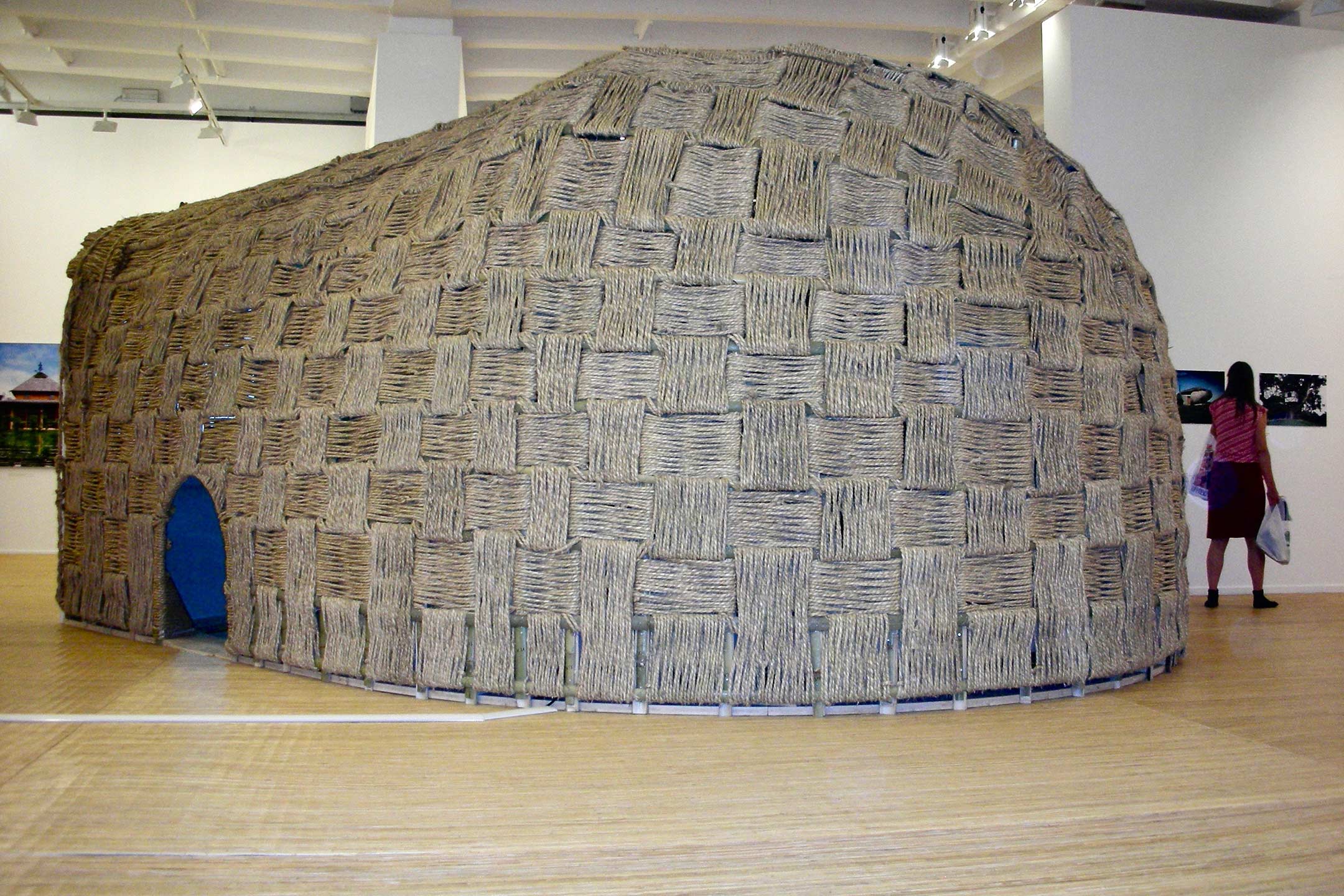 Inviting architect and architectural historian Terunobu Fujimori as Commissioner, an exhibition was held to introduce the activities of the "Roadway Observation Society" formed by Fujimori with the likes of Genpei Akasegawa and Shinbo Minami in 1986, along with Fujimori’s unique architectural works that do not fit into the framework of 20th century modernist architecture.

Installed in the center of the exhibition room is a dome-shaped space called "ROJO Theater" made of bamboo and rope, produced by "Jomon Kenchiku-dan" (Jomon Culture Construction Company), which consists of non-professionals who work together with Fujimori and the client in the construction of his projects. Inside the dome, a number of peculiar urban scenes discovered on the street by members of the Roadway Observation Society were screened, such as a disjointed slippery slide, the thinnest building in Japan, and a house covered with a thick growth of ivy.

It invited viewers to engage with the unique activities of the Roadway Observation Society, which searches out interesting urban scenes and structures that exist as expressions of the city’s unconscious.

Also presented on this occasion were photograph panels and models of Fujimori’s architectural works that in themselves appeared reminiscent of wooden sculptures, with a particular focus on projects using natural materials such as "Jinchokan Moriya Historical Museum" (1991, Nagano Prefecture) and "Lamune Onsen" (2005, Oita Prefecture), as well as "Dandelion House" (1995, Tokyo) and "Nemunoki Museum of Art" (2007, Shizuoka Prefecture) that both incorporate plants and greenery as a key feature.