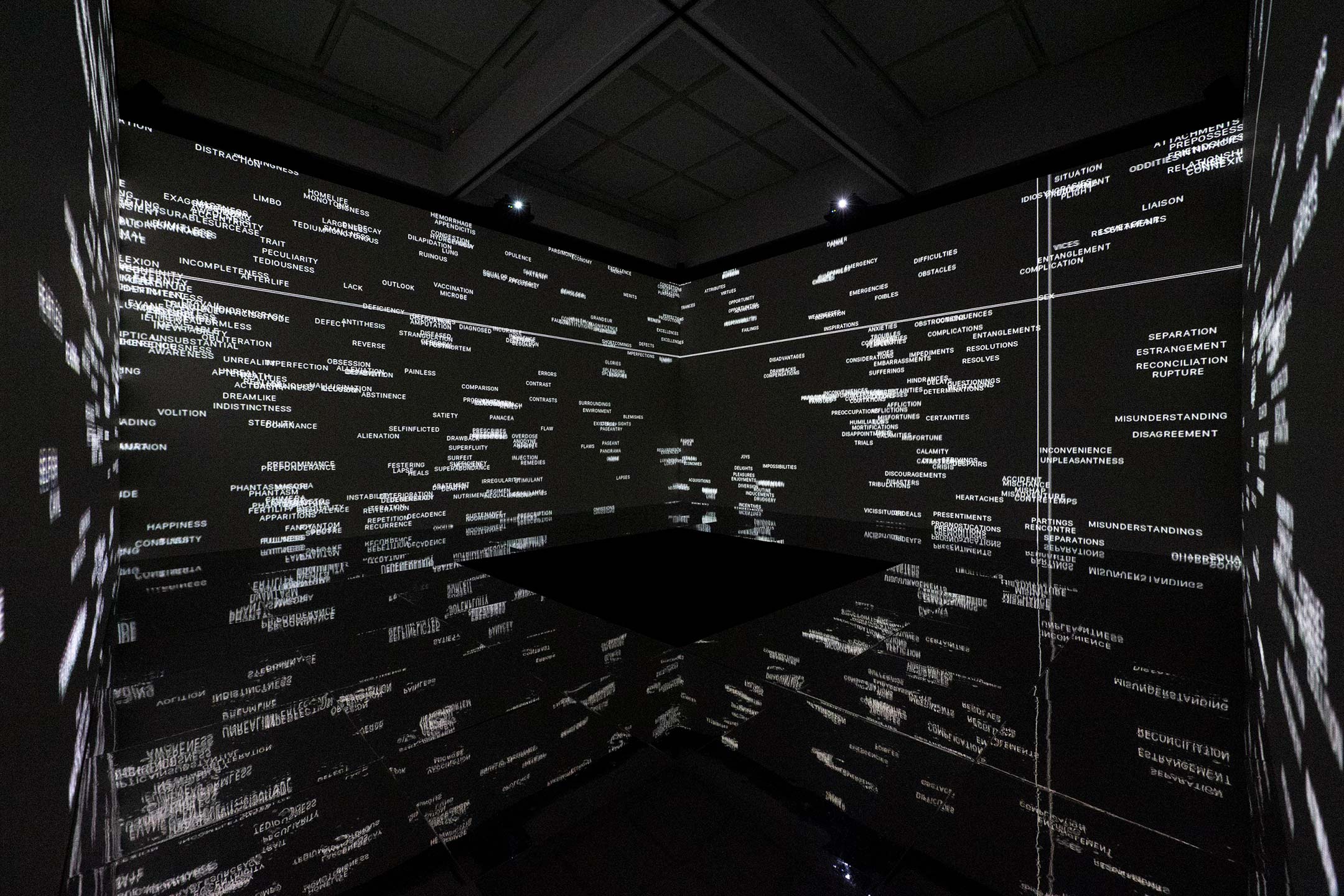 Formed in Kyoto in 1984, Dumb Type is pioneering Japanese art collective, composed of artists working in various different fields including visual arts, video, computer programming, music, and dance. Without a designated director, the group’s creative practice is based on flat, fluid, non-hierarchic collaborations that entail participating members to change according to each project. Engaging with a wide range of issues such as gender, race, AIDS, life and death, memory, and information society with an acute sense of criticism, they have presented various performances, installations, as well as stage works and exhibitions incorporating video works in museum and theaters both in Japan and overseas.

The exhibition plans to present an installation on the theme of “post-truth,” which refers to a society in which personal feelings influence public opinion rather than objective facts.

In the context of an information environment overflowing with a plethora of language, the exhibition attempts to reconsider our norms and standards through a pure and honest gaze, and further questions, “how we understand, live, and die in such times.”

Since 2007, the Japan Pavilion has determined its exhibition contents through a competition of exhibition plans submitted by nominated curators. For this exhibition however, the Japan Foundation's Advisory Committee on International Art Exhibitions had directly selected Dumb Type as the exhibiting artist.