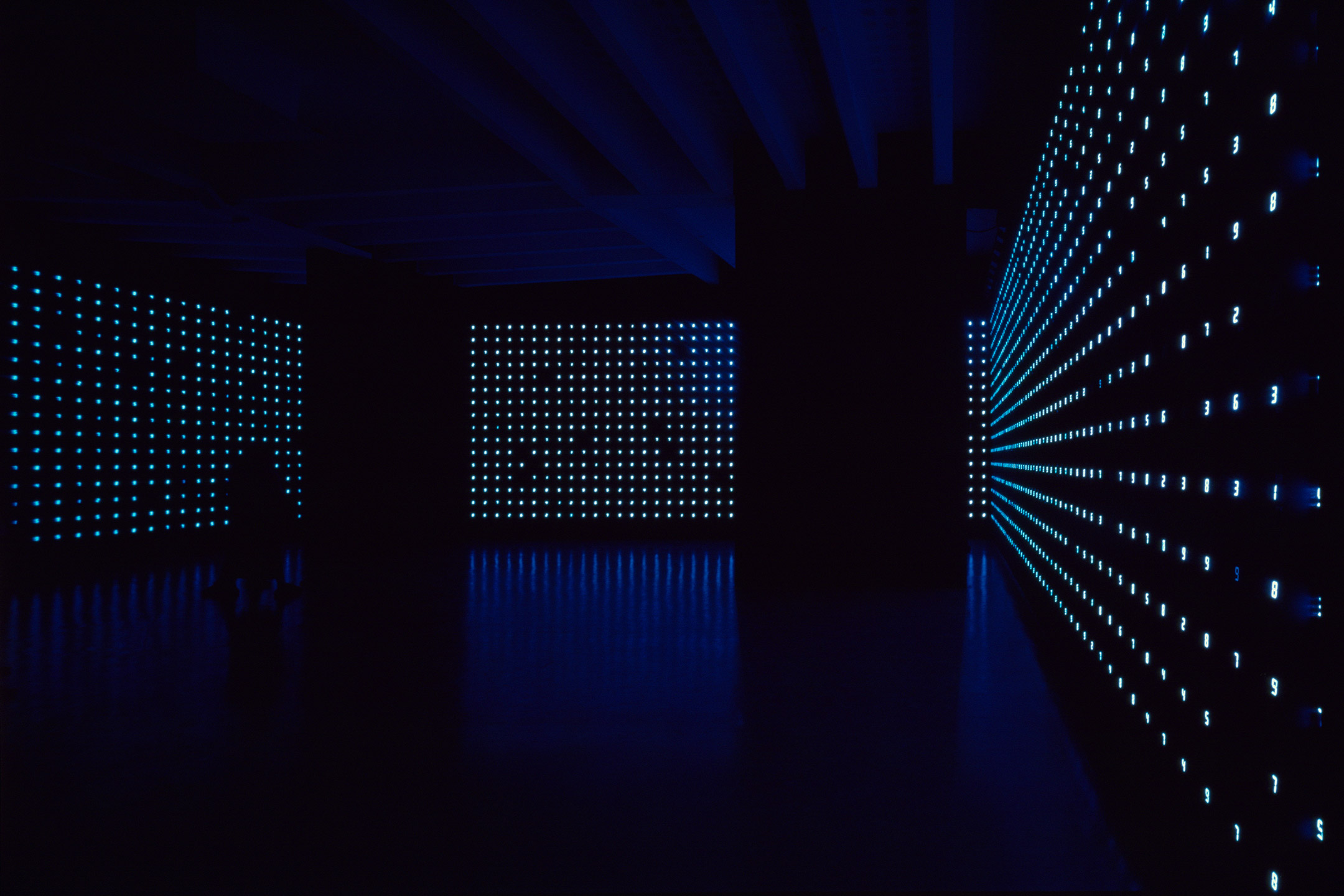 At the Japan Pavilion in 1999, Miyajima presented the installation "Mega Death" consisting of 2,400 digital counters, which at the time was the largest number ever, placed along the walls of the building. In a quiet space, the flashing blue numbers repeatedly count down from 9 to 1 at different speeds, as if expressing the rhythm of each person's life. However, when visitors enter a certain place, everything suddenly disappears and the room is enshrouded in darkness.

As the title "Mega Death" suggests, this work implicated the crisis of 20th century civilization in which bloodshed and massacres continued to take place.

Meanwhile, the piloti of the Japan Pavilion was used as an exhibition space by the "Revive Time" Kaki Tree Project Executive Committee launched by Miyajima in 1995. Implemented in various parts of the world, it is a participatory art project that involves planting and cultivating second-generation saplings of persimmon trees that were bombed in Nagasaki. In fact, many applications to take part in the project were also received at the venue throughout the duration of the exhibition. Along with "Mega Death", the project had delivered a message for peace to the world.