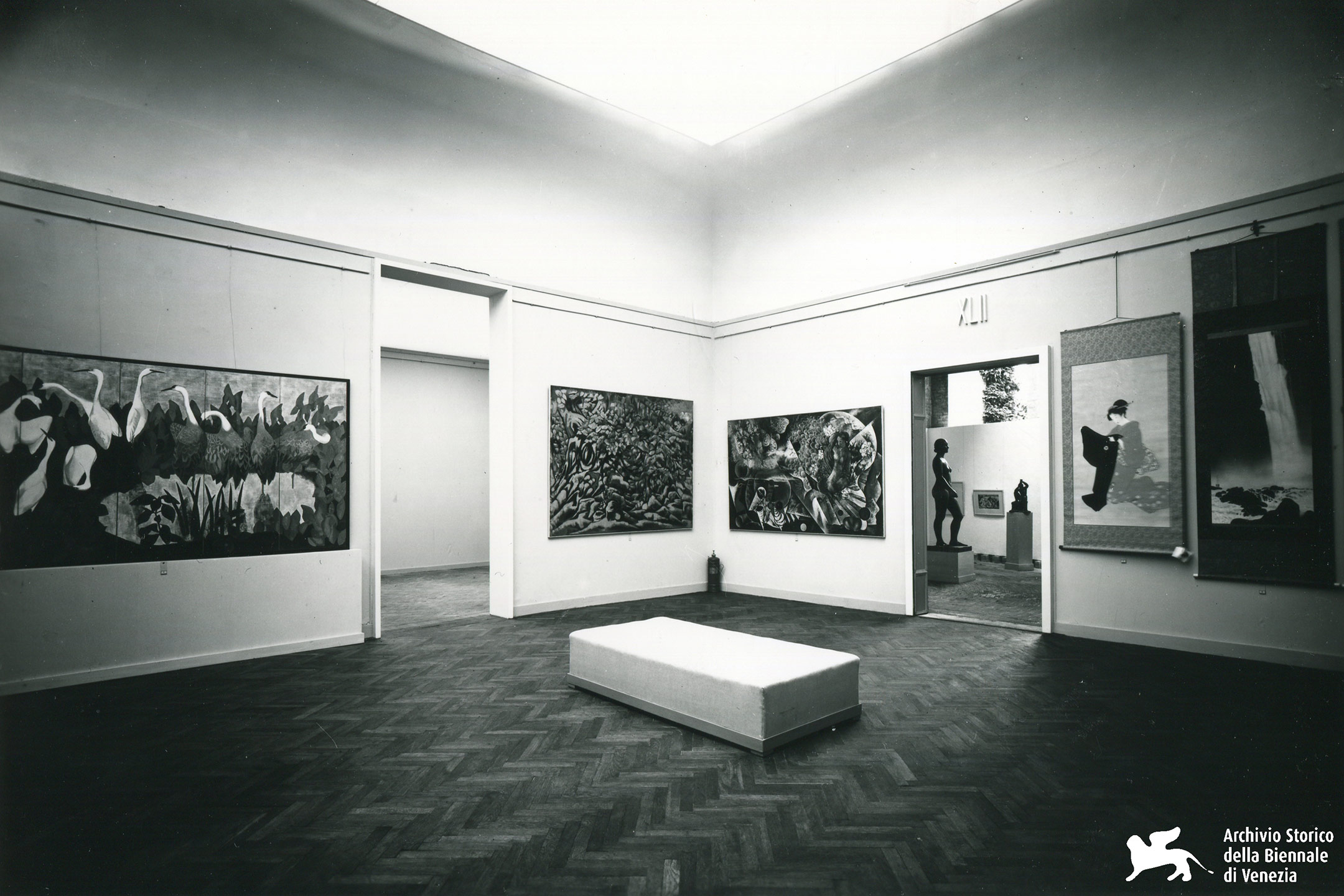 The “26th La Biennale di Venezia” held in 1952 amidst the ongoing turmoil after the war, was the first biennale in which Japan officially participated. The Yomiuri Shimbun served as the organizer, and Yōga (Western-style painting) painter Ryuzaburo Umehara was appointed as the commissioner. A total of eleven celebrated artists consisting of seven Nihon-ga (Japanese-style painting) and four Yōga painters, were selected as exhibitors.

The exhibition featured the ink brush painting Waterfalls (1928) by Taikan Yokoyama who, was a major figure in Nihon-ga, and the Bijin-ga (paintings of beautiful women) Spring Snow (1946) by Kiyokata Kaburaki, who was known for producing numerous genre paintings. Also presented were the Nihon-ga works of Heihachiro Fukuda and Tokuoka Shinsen of the Kyoto art world, as well as the abstract paintings of Kigai Kawaguchi who had learned in Paris and incorporated new means of expression, and three oil paintings each by Commissioner of the Japan Pavilion Ryuzaburo Umehara and Sotaro Yasui.

All of the exhibited works were selected by the artists themselves from amongst their works that had received high acclaim in Japan, and were exhibited in a room of the Central Pavilion like other countries that did not own a national pavilion. Nihon-ga and Yōga works were displayed side by side, and in some places one above the other, or only half of pair of painted folding screens was hung on the wall, creating an especially challenging exhibition environment for Nihon-ga.